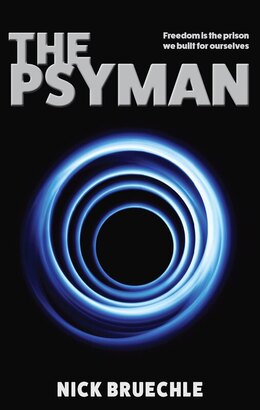 Everyone knows we need to reduce carbon dioxide in our atmosphere, but how much is too much?
In our oxygen-soaked future, freedom is the Big Lie, war is pesky, permanent and a sham, and fleeting 'YouStar' fame is the only aspiration of Cocoon-bound Gobblers.
The Psyman traces the lives of three friends and their teacher in the years immediately after they finish school in this dystopian, post-apocalyptic world.
We join Bock as she experiences the highs, lows and stresses of a month in the Fame House on YouStar and then reluctantly enters a life of drudgery and YouStar addiction.
We go with Necker as he enlists in the army and heads off to prosecute the war in the east, only to find that fighting has been replaced by endless rounds of soccer matches which are reported as real battles.
And we join Biz as he is inducted into the hidden world of the leading elite, the Sharps. Introduced to the mysteries and means of Psyman - psychological manipulation - Biz learns the secrets to controlling complacent Gobblers.
But Biz is different to the other Sharps, thanks to his former teacher, Gneiss. And when he learns why, he also learns the key to restoring true Freedom to the people. Will he liberate the minds and change the lives of the Gobblers, or does fate have something else in store for him?
​