When the horizon goes black. 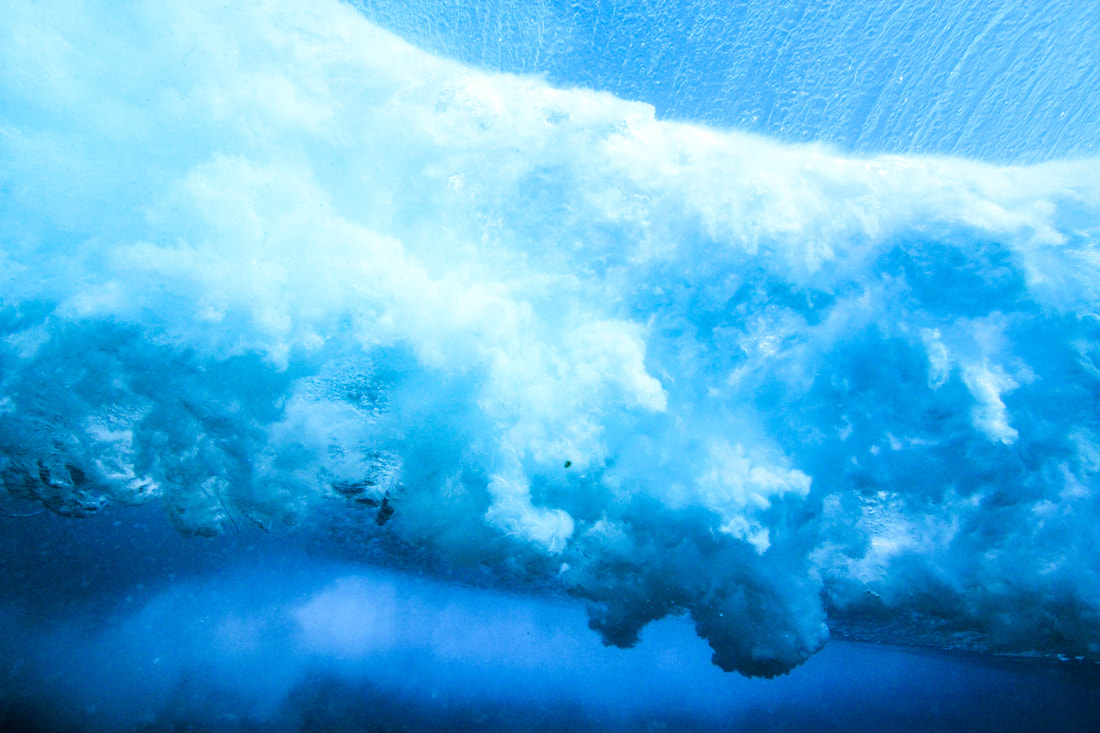 You know the feeling. It’s pretty big, and you may be slightly to the right of your comfort zone already, but coping. You’ve been telling yourself that fear can be conquered. That your only real enemies are hesitation and lack of confidence, and that pushing yourself over the edge of those moving mountains of water is an act of will.

The adrenalin surge you get with each successful ride is a powerful narcotic, too. So you take the beatings; learn from them. Learn how to quell that uprising of panic when the hold down is longer, the thrashing more violent than you’d expected or allowed for. You tell yourself it’s liberating. Empowering.

​The sense of joy you get on breaching the surface after a belting like that is insane, and the elation you get paddling back out after a big, long ride is even more so. It’s energising and addictive, and in spite of the underlying nerves you don’t want to go in. You want to keep on pushing your personal envelope. And maybe your luck.

But then it happens.

That old saying about the horizon going black is, of course, a gross exaggeration. A piece, when you think of it, of ridiculous hyperbole, so far from being realistic that it makes no sense at all. And yet, as it approaches, that wave fills your vision so completely, and its size and magnitude flood your mind so fully that it seems as though the horizon has indeed gone black.

Taking off on the waves you’ve ridden may have been an act of will, but this is a force of nature. This fear can’t be conquered, because there’s no way out of it. That fucking thing is going to mow you down. Grind you down and whip you and shake your bones and rattle your brain, and compress your lungs and squeeze your breath as it pushes you deeper and deeper into the blackness.

The terror mounts as the wave stands up, impossibly tall and monstrously thick, gaining in size and momentum with every metre. You ask yourself how it came to this, and why you thought it was a good idea to be out there in the first place.

Then it throws over, top to bottom, and the thick, damaging lip slams into the flat water in front of you. Somehow it makes the whole ocean shudder. The noise is petrifying, and the wall of foaming horror is now coming for you. In the last second or two – maybe your last second or two – you go through the pointless debate: should I or shouldn’t I bail? Do I throw away my one and only flotation device and try to dive under the beast? Or do I wrap my arms and legs around the board so that when the crushing maelstrom finally spits me out, I’ll go straight to the surface?

Either way, you know you’re fucked.

The thing rolls over you like a white tank. A liquid steam train. It drags you down and tosses you up, rolls you over and twists you inside out. The fear is about to reach its apogee and the panic is about to overwhelm you when the storm abates. You’re heading to the surface. Alive.

Breaking through into the air is the sweetest relief on earth. The taste of oxygen is beyond delicious, it’s life itself. You made it.

​You open your eyes and see the bigger one out the back, feathering.